"All of the dreams on my list had come true, but I still felt empty and without purpose"

or find the file at http://traffic.libsyn.com/hopesports/HS26-UFC-Champion-Frank-Shamrock-Fulfillment-beyond-Success.mp3 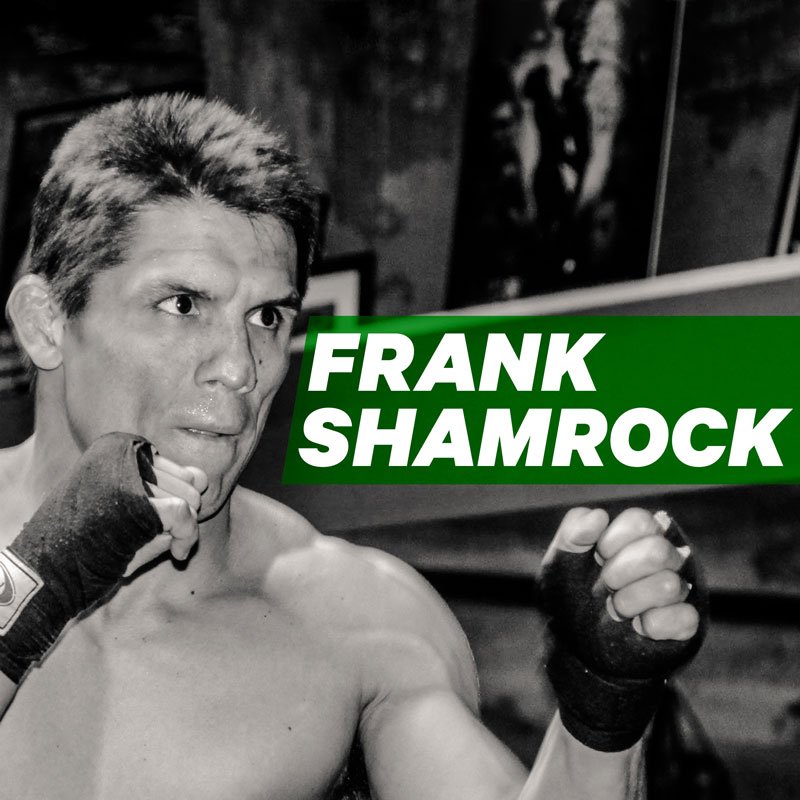 "All of the dreams on my list had come true, but I still felt empty and without purpose"

Frank Shamrock’s childhood was marked by many things – foster homes, group homes, shenanigans, and trouble. But more than anything and perhaps surprisingly, he would also say that it was marked by unconditional love. He became a ward of the state when he was eleven years old after being removed from a physically and emotionally abusive home. Sometime around age thirteen, he landed in the group home of Bob Shamrock and despite getting removed and into further, more serious patterns of destructive behaviour and trouble, Bob never gave up on Frank. When he was eighteen years old Frank went to prison for three years and Bob visited him often and brought nothing but encouragement, support, and a new narrative for Frank to believe: that he could be something great. Frank committed to a complete life turn-around while in prison. He attended college, started lifting weights, and began to believe Bob’s message. His athleticism was obvious and Bob was convinced that he could turn it into a career that would eventually change the trajectory of his life.

Barely 48 hours out of prison and Frank was already on the steps of a martial arts training center for a try out. After surviving 500 hundred pushups, sit-ups, squats, and leg lifts, he had to survive a fight against a professional for twenty minutes, but not just any professional – they chose his foster brother, Ken, who openly admitted that he didn’t believe Frank deserved to be there. Despite the brutal beating, Frank emerged alive and only partially injured, but also a proud member of the team. After six months of training he was on a plane to Japan for further training and his first fight. Of stepping into the ring for the first time, Frank said, “it was absolutely terrifying.” Although ultimate fighting might seem like the pinnacle of fearless and confidence, he admitted that it took years to get over being scared of getting seriously injured or killed in the ring. The sport was relatively new and virtually ruleless, which added to the intrigue, but also the risk. But when he emerged as the victor of that first fight, he knew that he was onto something. “This was the type of sport that you could put in all of your emotion because it was about you surviving. It was the first time that I felt like I was in total control,” said Frank.

Eventually, he added more tools and skills that made fighting less scary. At one point, he spent more time studying than training, observing his opponents, the systems of strategy, the lineage of styles, and the mechanics of movements. He became a student of every time of fighting imaginable – from mixed martial arts to Judo to Greco-Roman. “I didn’t really want to hurt people,” said Frank. Having coming from a home filled with physical abuse, Frank took no joy in injuring his opponent and would often go the extra mile to discover a way to beat them that didn’t involve hurting them. And it was his commitment to studying his opponents that led to what was perhaps the greatest victory of his career. He was set to face Keving Jackson, who was the UFC tournament champion, undefeated in MMA, and the reigning Olympic gold medalist in freestyle wrestling at the time. But before the fight even happened Frank put in the time and energy to learn his weakness and even told the media his exact plan – to beat him in an armbar. When fight day came he did exactly that; he armbarred him in just sixteen seconds to clinch the UFC Middleweight Championship.

Despite his fair share of disappointing losses and challenges, Frank said that the lowest point of his career was a failure or a knockout; it was how it ended. A series of injuries led Frank to hang up his gloves sooner than he had hoped and retirement came like a shock. “The stress and risk and pressure got really big, but I was still trying to perform at the highest level,” he said. He even tried to go back to training camp, push himself further, and focus even harder, but it only further proved that his body just wasn’t in it anymore. “Just becoming a normal person was the hardest part of my career,” he said. Over sixteen years were dedicated to building skills in a physical sport, but he had neglected to invest the same amount of effort into developing the social and emotional skills that would bring him fulfillment and joy for the following years of his life. “All of the dreams on my list had come true, but I still felt empty and without purpose,” he said. After climbing the mountain and reaching the top, it was time to go back down the other side. He tested out interests in business and entrepreneurship but eventually realized that serving others and giving back to his community brought the most meaning into his life. He started a charity, began strategically supporting issues that he cared about, and joined Hope Sports for several house builds in Mexico. Having been homeless at one point himself, Frank deeply resonated with the ministry and was even able to reconnect with his son during the weekend.

Outside of sports, he says that his greatest talent is to fix things. Whether it’s a physically broken item or issues like investment issues, business problems, or that pesky back ache; his knack for keen observation and careful studying leads him to innovative solutions. In his retirement, he’s pursued opportunities in business consulting and investments in a wide range of products or causes. He also was honored to share in a TedTalk on the subject of fear. It might be obvious that he feared being beat up or hurt, but underneath that was also the fear of not being loved or being abandoned, something Frank says is common for children of abuse. But rather than step away from fear to reposition or re-evaluate, he encourages others to step into the center of it and watch it’s power dissolve. He encourages upcoming athletes to become students of their own lives, tracking their emotions, experiences, questions, and needs. Not only for empirical purposes, but also to help the brain create pathways of curiosity and skills of observation.

But at the end of the day, despite all of his accolades and accomplishments, he just wants to be remembered as a good person. Like his foster father, Bob, Frank wants to leave a legacy of generosity, love, and commitment. Because without a stranger like Bob choosing to see the best in a kid like Frank, then “The Legend” of boxing would have never existed.