"Athletes burn out before their talents give out"

or find the file at http://traffic.libsyn.com/hopesports/HS25-Olympic-Chaplain-John-Ashley-Null-Whole-Hearted-Competition.mp3 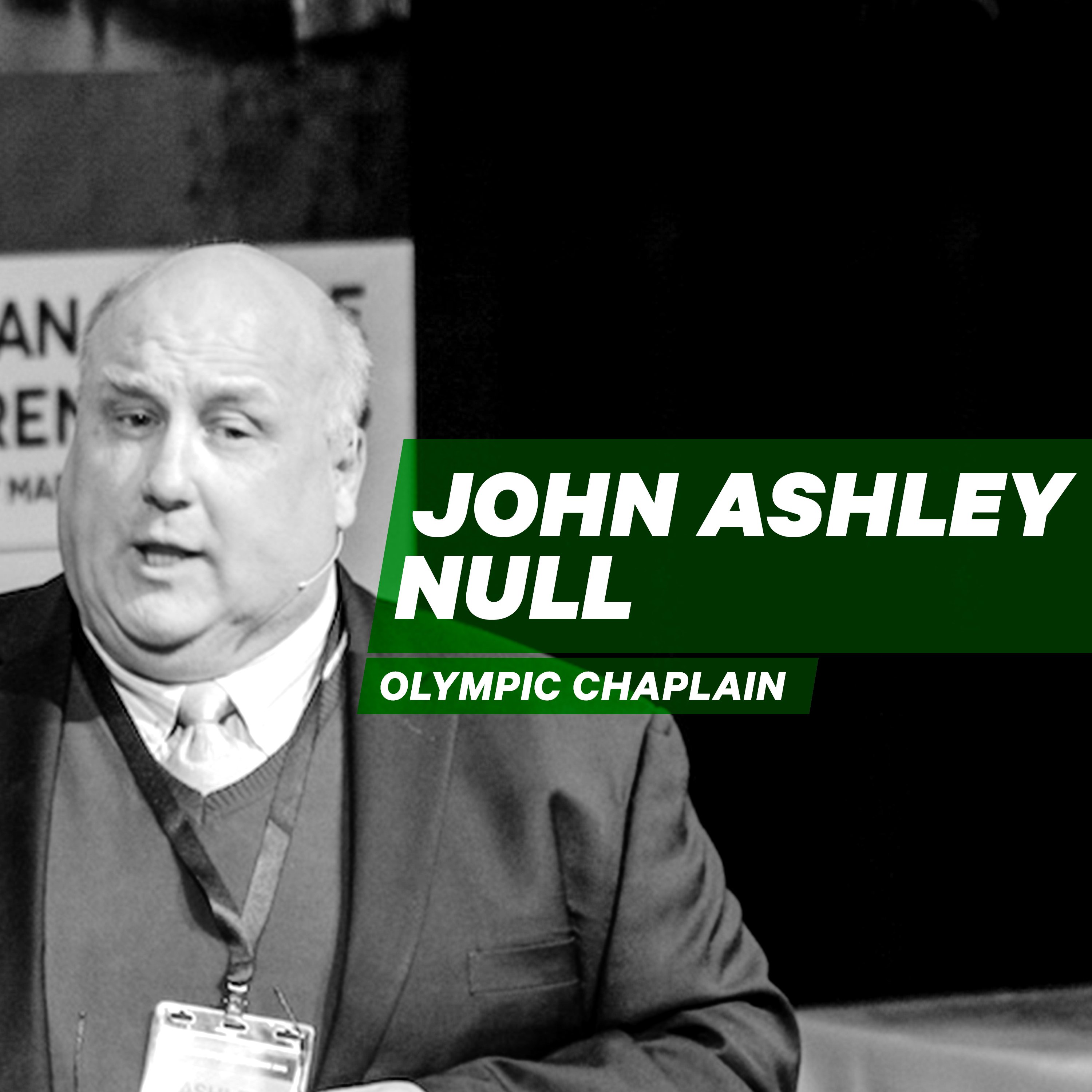 "Athletes burn out before their talents give out"

John Ashley Null may be known as a prestigious religious scholar, but he’s also known as something else: a source of groundedness, support, and stability in the Athlete Village at the past five Olympics. Where others may see athletes as heroes, inspirations, or competitors, Ashley just sees them as people. Like the rest of humanity they are wired to need connection, relationships, purpose, and value, but more often than not these basic desires get tangled up with their giftedness. “When you are gifted at something, it’s so easy to get your sense of wellbeing from how others respond to your giftedness,” said Ashley. This performance mentality can be true of any vocation like arts or academics, but is especially prevalent in athletics.

Ashley got his start working with competitors in college when he was invited to lead a Bible study for athletes on his campus. Unfortunately, so many individuals look to glean from the popularity and status of athletes and so few are there to help them thrive as individuals and work through their issues so that they can be free to perform to their potential. As he began studying theology, he continued to work with athletes to help them return to their roots: joy in playing sport. He wants them to “hold on to [sport] as an ability to express who they are, not trying to use it to become something that they are not yet.” He finds that athletes who are constantly chasing a medal often, “burn out before their talents give out.”

Of the Olympic Village he says, “it’s like attending ten funerals and one wedding.” More often than not, people’s dreams die at the Olympic, not come to fruition. The range of support for athletes in the village varies; some have a great network of family or friends cheering them on regardless of the outcome, but some are racked with fear and anxiety from the pressure of representing their nation, coaches, and team. “Victory becomes not so much an exuberant realisation of fulfillment, but a desperate relief that the fear of shame and failure has passed this time,” said Ashley. He often starts by asking athletes, “Are you complete now? Or do you have to win something to be complete?” Athletes often live in the allusion that winning a medal will make their lives better, more whole, lacking nothing. But Ashley says, “the greatest day in an Olympians life is the day that they win the Olympics; and the worst day is right after when they realize the medal didn’t solve their problems.” No victory will ever make a person feel complete or fulfilled without meaningful relationships in their lives. When any competitor wins a medal or a championship, where do they look instinctively after they win? They look to the stands, to an important relationship, to the people they are connected to. The affirmation that comes from influential relationships will always be more powerful than a victory. Sports is a great venue for making these deep, withstanding relationships, especially among teammates who sacrifice, suffer, and serve one another. But when the performance and end result begins to take precedence over the relationships then unhealthy patterns begin to emerge.

In his role, Ashley regularly encourages athletes to look at their relationships in and outside of sport as a key component of their performance health. Their ability to be a good friend and teammate will attract others who have the same set of values and expectations of relationships. They also need people in their lives who will treat them like normal individuals, not champions. Friends and family ties can bring immense fulfillment in the present day and they aren’t something an athletes need to chase or achieve. Affirmation is not earned among great friends and this does wonders to bolsters their attitude and confidence. “When you know you’re loved, you can develop resilience to the adversities of the world,” said Ashley.

He is available to all athletes at the games and afterwards for ongoing support. He positions himself as a resource so that when the disillusionment of the victory wears off, when the story becomes old news, and when the anxiety of having to win again sets in, he is there. “Repeating an Olympic victory is incredibly difficult when you’re not the underdog,” says Ashley. And unfortunately, these emotions of anxiety and fear don’t respond to direct orders. Even if 90% of the body can be controlled, emotions can not. Unfortunately, in the past athletes have been taught to block out their emotions in order to concentrate on the task. When rejection, fear, or stress creep in competitors focus on pushing them away in order to manage what is under their control – their bodies. They can escape relational issues by training, pushing themselves harder, and concentrating on their sport rather than tapping into and engaging with emotions that seem threatening. Controlling emotions is not a selective process, if the bad are kept out then so are the good. Slowly, experiences of joy and happiness are dampened to the level fear and pain are, until the person just feels nothing. “Numbness is better than pain, but numbness is not peace, numbness easily becomes depression,” says Ashley. Perhaps they are avoiding the pain of a loss, but they also miss out on the joy of a big win. “Victory becomes not so much an exuberant realisation of fulfillment, but a desperate relief that the fear of shame and failure has passed this time,” says Ashley.

The final element that can help athletes remain grounded is a sense of spirituality, a connectedness to a higher power. It helps when this spirituality also follows a growth mentality; wins and losses both present equal opportunity for development. Ashley says that athletes often express that “victories seem momentary, but the pain of defeat seems eternal.” Changing that internal narrative can release athletes to view their lives and career as a large arc of experiences and growth, not just one goal after another that is either one step forward or backward. In his book Real Joy he elaborates on the false expectations that athletes have of what a particular victory will give them and that, often, their disappointment is due to their own unfair assessment of what winning will provide. He also works with the Caritas Foundation to serve athletes in spiritual and emotional formation that will help them make these mindset shifts.

Of retirement, Ashley says “it will always be a shock.” He recommends beginning an emotional journey years before retirement to prepare as much as possible. Finding a counselor, mending relationships, finding joy in competition instead of identity; it is all essential to ending a career well. If not, the floodgates of emotions that have been kept at bay through training regiments, goals, and mental fortitude will be opened and it will all come barreling down, guaranteeing to be far more than one can handle. His biggest piece of advice for athletes that want a long, healthy career? Cultivate gratitude. He encourages athletes to look around themselves and acknowledge all of the people who have helped them get to the level that they are at – the trainers, coaches, friends, family members, event volunteers, sponsors, agents. Recognizing that, although their gifts have put them in a unique position, they are still a part of a large team of individuals who all have value and meaning and who are serving others. Developing that perspective is incredibly grounding and centering. He also reminds athletes, “there is a community of people who understand and love you and have walked this journey before and who will walk it after you.”