If our purpose is winning then we’ll never be satisfied.
or find the file at http://traffic.libsyn.com/hopesports/HS17-Hope-Sports-Founder-Guy-East.mp3 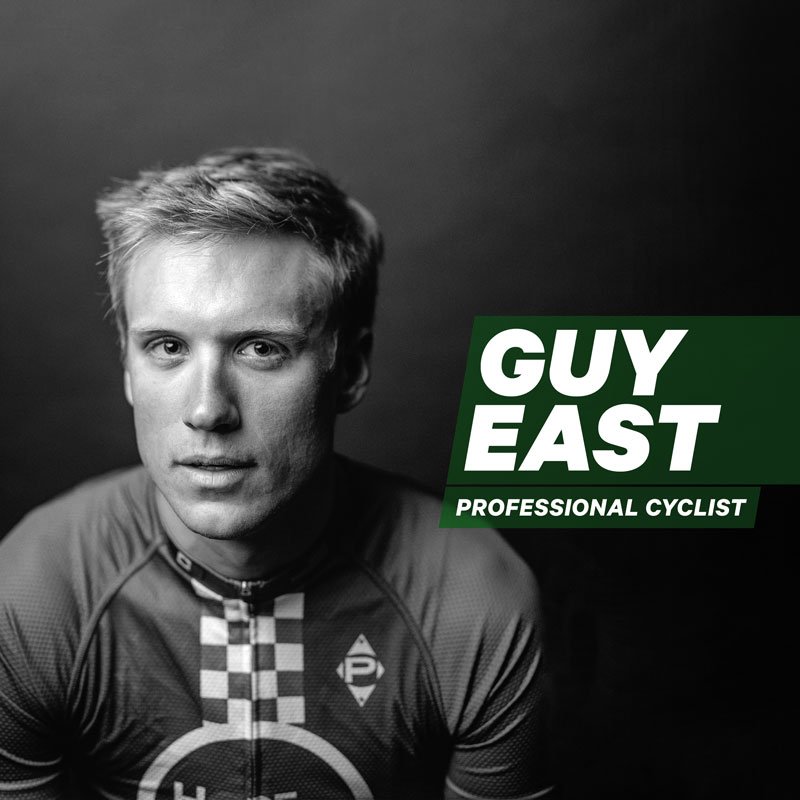 As a sixth grader, Guy East would wake up every morning, put on a medal from one of his novice races, raise his arms high, and pretend that he won Olympic gold. Inspired by Lance Armstrong’s heroic return to cycling after cancer, Guy knew that someday he wanted to be that: a champion. He was bullied at school and remembers using his anger and frustration to fuel himself. Instead of running away, he channeled his pain into his training. He viewed cycling as a way to show his worth to his biggest critics. “I wanted to prove that I was better than all the names they called me at school,” recalls Guy.

The tactic worked. At age 16 he was invited to a training camp with the US National Cycling Team and soon after was hand picked as one of a dozen rising stars to be a part of Lance Armstrong’s development team. He began to realize that his dreams might actually become a reality. But the anger that once drove him began to wain and as he got further in his career the performance culture of the sport ate away at him. “I was only as good as my last performance,” says Guy. Coaches and teammates echoed the fears that were already inside of him — that he wasn’t worthy of love if he didn’t win. He pushed himself harder to become faster and be ranked higher, but the constant scrutiny led to eating disorders and the brutal self talk robbed him of the joy of riding.“I was competing out of a desire to prove to people that I was worthy and capable, rather than because I loved the sport,” says Guy.

All of these feelings came to a head when he was 21 in Mexico City where he was competing. Instead of reserving energy like the rest of his teammates, he stepped outside of his Five Star hotel and was struck by the immense poverty that was directly across the street. Families were living in shacks, children didn’t have shoes or clothing, homes were crumbling. His instinct was to turn away and never think of it again, but that moment changed something for him and he genuinely wanted to help. “At that point I started to question what I was doing as an athlete,” he says. “I realized that I didn’t want to just be remembered for being fast, but for making a difference in the world.” Coming from such a cut-throat, “all in or all out” mentality of elite sports, Guy didn’t believe he could do both. After a year of inner turmoil and soul searching he decided to sell all of his possessions and equipment, and quit the sport all together. It wasn’t an easy decision, however. With so much of his identity and worth wrapped up in his athletic abilities, he deeply feared being rejected as he walked away. “I believed that people only liked me because I was a cyclist,” says Guy. And that rejection did come as teammates and critics reminded him that he was giving up his greatest talent, that all of his efforts over the years were for nothing, that he didn’t have a clue what he was going to do next.

Without a college degree, without a plan, and without any prospects on the horizon, Guy combined the only two things that he knew he loved: serving others and cycling. He bought a one way ticket to Puerto Rico and hung out with the homeless on the streets, served in soup kitchens, lent a hand at non-profits, and helped in churches. He brought his bike and journeyed for two years through Central America with no real agenda. “I never felt more connected to people, my faith, and my purpose,” says Guy. After two years he felt more free and content than he ever did racing a bicycle, but he also realized that he deeply enjoyed competing. He finally bought a return ticket to the States with the goal of returning to the professional circuit, but this time it would be with a much bigger perspective on life and what was important.

Guy went on to compete professionally for several more years, but was committed to sharing what he learned. All around him he saw athletes who were like him; they didn’t believe they had any purpose beyond their athletic ability and saw themselves only in medal counts, scores, and standings. Passionate about helping transform the mindsets of his elite athlete friends, Guy started gathering groups to travel to Mexico and work with Homes of Hope, an organization that builds homes for families with volunteer teams over a weekend. “I kept seeing light bulbs go on for people,” says Guy. He recognized that there were plenty of people pushing physical development programs for athletes, but very few supporting their development in emotional, spiritual, or psychological ways. In 2015 Guy founded Hope Sports which regularly brings teams to build homes in Mexico and is committed to training coaches to challenge the negative framework of elite sports.

In Guy’s opinion, the performance culture is only going to get worse unless we actively work against it. It communicates that hard work and sacrifice can help an athlete earn value, acceptance, and love. Unfortunately, this line of thinking extrapolates itself into all relationships, from coaches and teammates to parents, friends, and spouses. And there is never an end to the winning. If a victory at the next championship will finally bring a sense of worthiness, what happens when that is won and there is a next one? “If our purpose is winning, then we’ll never be satisfied,” says Guy. Elite athletes need to find a way to be content and happy now, not after some medal, some ranking, or some championships. “We want to free people of that mentality so they can believe that they are great for who they are,” he says. We live in a high performance society and sports will always be about hard work, dedication, and sacrifice, but Guy says, “yes, you may have to earn your medal, but you’re never going to earn love.”

Guy retired in 2017 to focus more on the work of Hope Sports and is constantly seeking new ways to reach the next generation of athletes with this message. Through trips, seminars and training for coaches, and the Hope Sports podcast, he hopes to wield his platform for good and encourages other athletes to do so as well. Learn more about the work of Hope Sports by visiting their website and following Guy on Twitter and Instagram.